Can defensive and growth stocks move higher together? What do the charts say? Risky assets remain the place to park money and while we've seen rotation within risk assets there is no indication again this week that investors should move money to safe haven assets.  Yes, Bitcoin has taken an intra-bar tumble but as of writing has recovered half of the drop back north of $55,000.  Yes, a pause was put on the Johnson and Johnson vaccine but it seems this will be short lived as the powers that be determine the risk of blood clots.  Let's peruse the charts to see where the trends can be found.  Welcome to your weekly Flight Path market review from GoNoGo Research.

In a top-down approach to market analysis, investors need to compare across asset classes. Below is a GoNoGo Heat Map® which highlights the trend conditions of equities, fixed income, commodities, currencies, and digital assets. Note below that the dollar index has fallen into a "NoGo" this week.   A falling dollar is thought to be good for stock prices and commodities. This is a risk-on environment. Bullish. 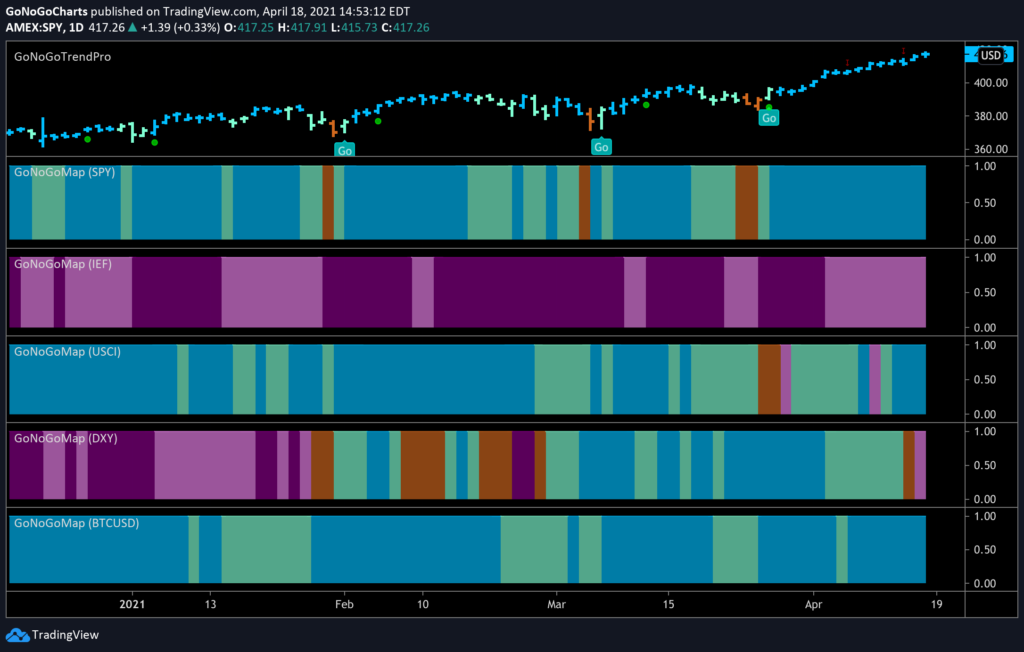 The S&P 500 has raced higher again this week, putting the psychological barrier of the round number, 4,000, in its rear view mirror.  Last week, we were hopeful that more sectors would join the outperformance and we see that this week.  Remember, the GoNoGo RelMap applies the GoNoGo Trend concept of blending foundational technical concepts to identify trend to relative ratios.

See the GoNoGo RelMap® below of the S&P sectors relative performance against the broader index: 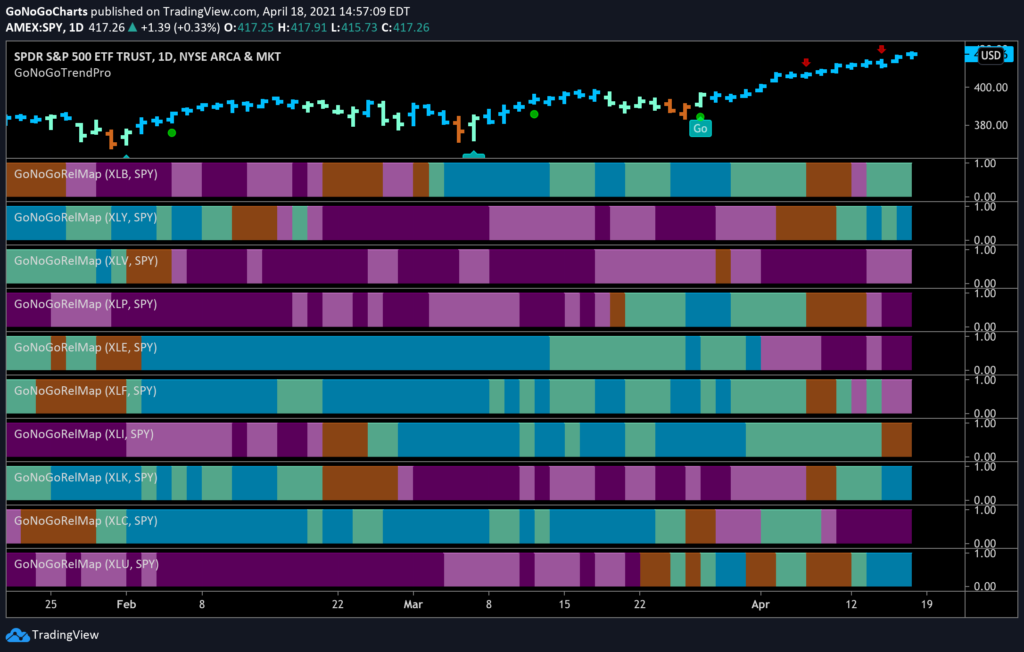 Information technology, $XLK  and consumer discretionary, $XLY both rose out of NoGo into amber last week and followed through to "Go" trends this week. Are we seeing a resurgence in the sectors that drove the rally from the pandemic lows last year? And will we see broad participation in the general equity Go trend as sectors ready for the reopening ($XLI and $XLB for example) and even utilities ($XLU) jump into the fray?

Below is the daily chart of the technology sector ETF $XLK with the GoNoGo Trend, Oscillator and Squeeze applied. 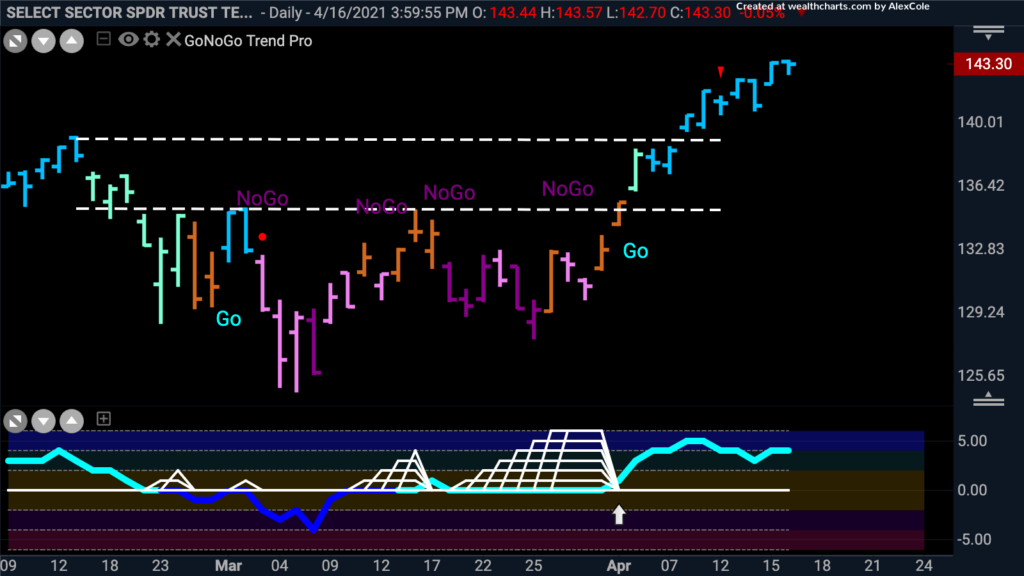 Zooming out to a weekly chart of the $XLK we can see that as we saw on the daily chart the break above all0-time highs has been confirmed and that price moves higher unobstructed. 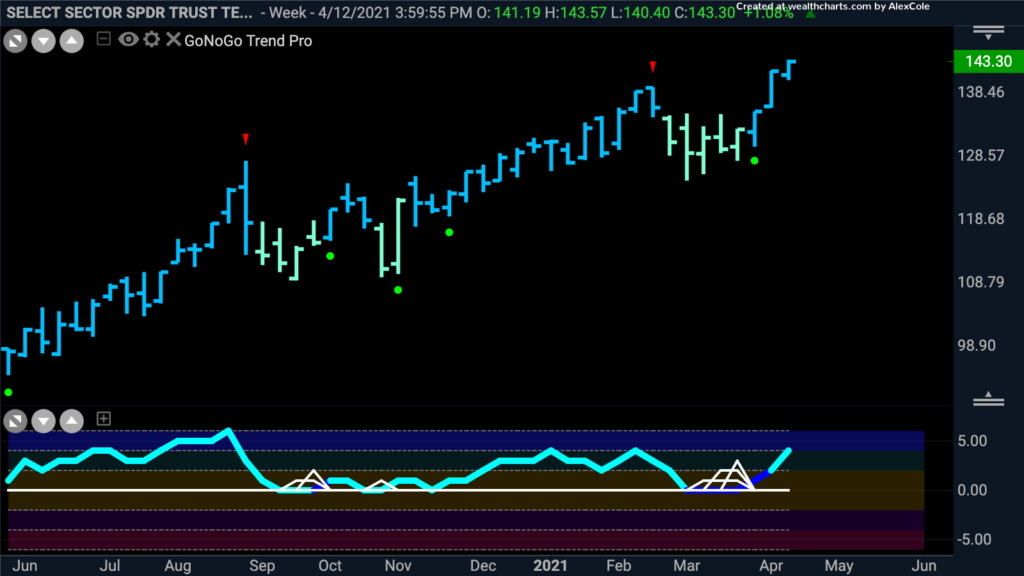 If the technology sector is back, showing leadership in performance relative to the S&P 500, let's take a look at a tech name showing "Go" trend tendencies.  Below is a daily GoNoGo Chart of Cisco Systems $CSCO. 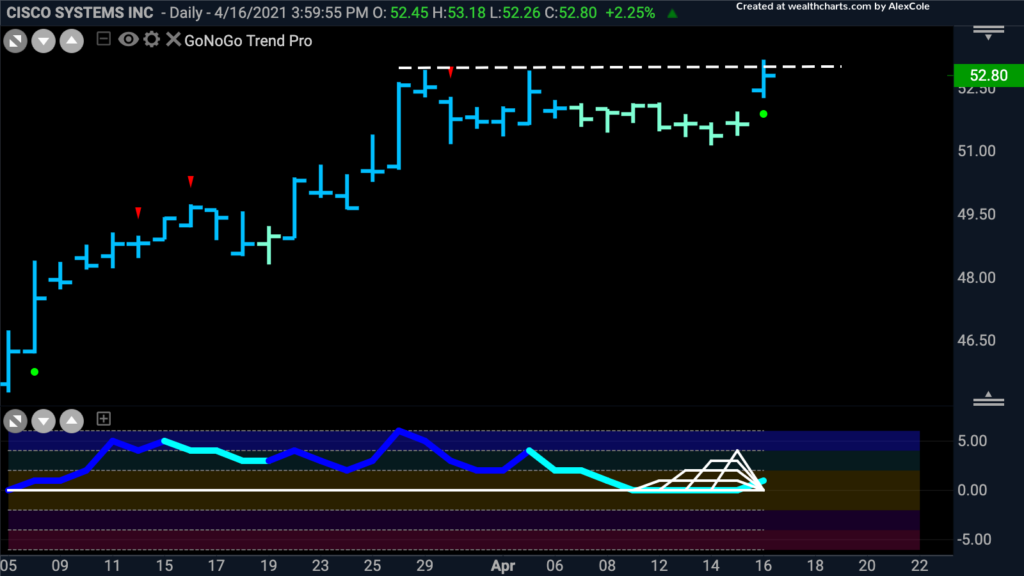 If we zoom out we can see that there is much upside potential for Cisco Systems as shown on the weekly GoNoGo Chart. 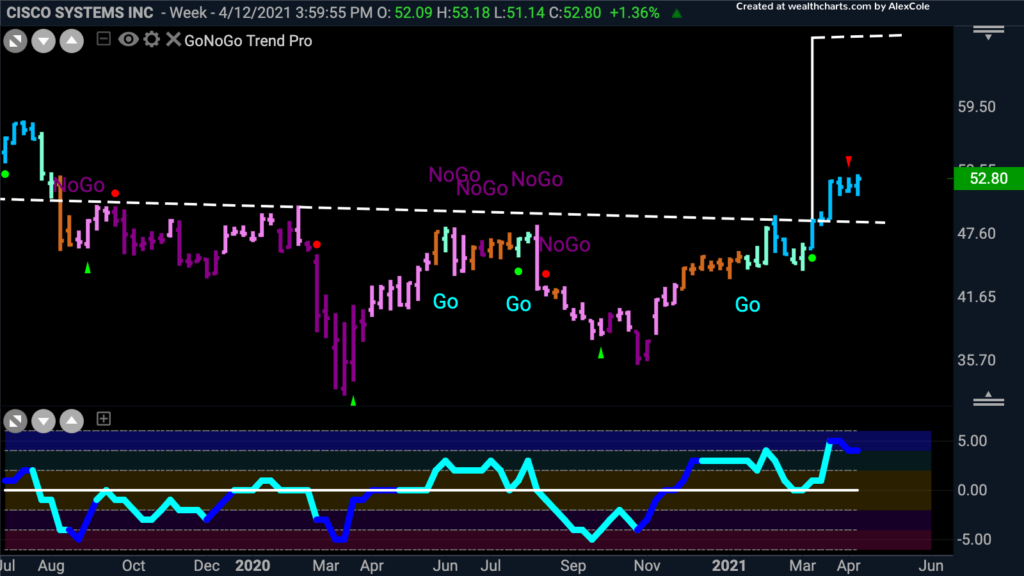 Vaccine Scare for Johnson and Johnson

The J&J vaccine was paused for an investigation into the extremely rare cases of blood clots.  Let's take a look at the GoNoGo chart below to see what the technicals say. 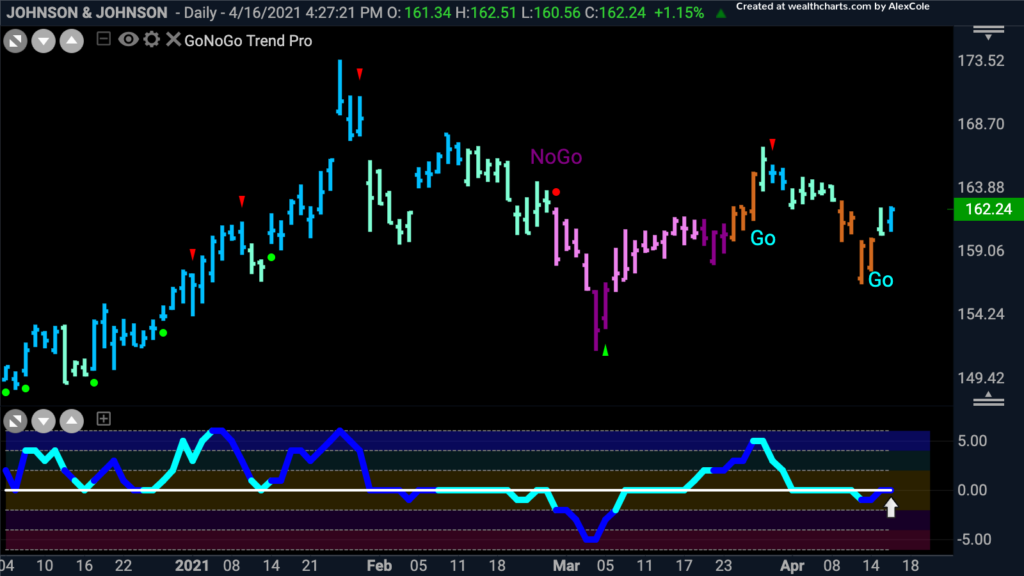 A Pep in the Step of PepsiCo Inc

Let's close with a look at an American staple in the food and beverage industry.  Below is the daily GoNoGo chart of PepsiCo Inc. 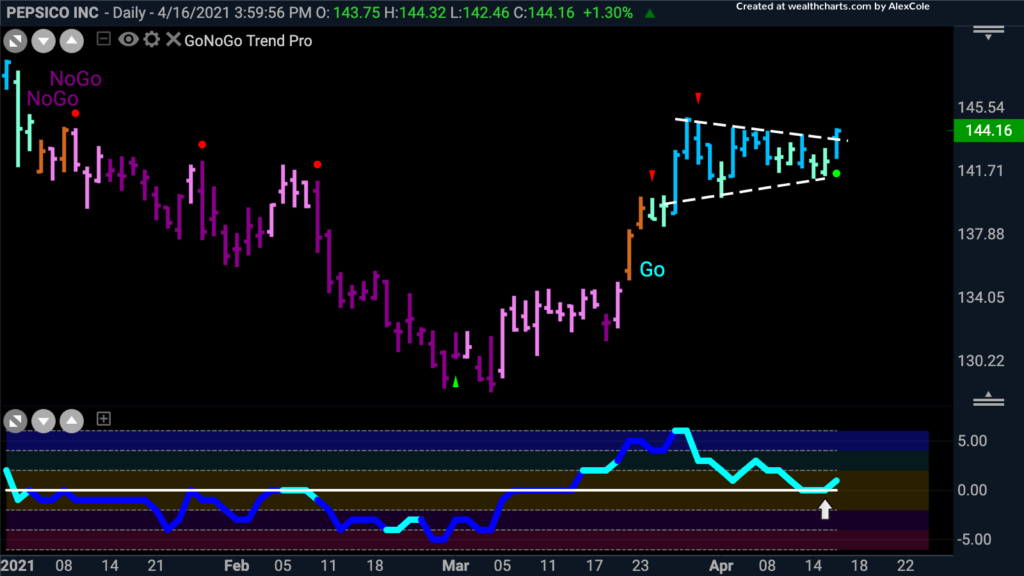