Are we seeing a return to leadership in emerging markets?

The "Go" trend in equities persists in the major indices this week. All remain very close to all time highs but didn't hit new noes.  The news is generally very good with over 20% of U.S. companies having already reported earnings and most having beaten EPS estimates.  Against this healthy backdrop investors must weigh the effect of President Biden's proposed tax cuts and the threat of inflation.  Perhaps this stopped the markets from setting another all-time high? Commodities were mostly strong this week as the dollar continued in its  "NoGo" trend.  As most commodities are priced in dollars that may spur more gains in those assets.  And there was a big sell off in cryptocurrencies, or was there? Certainly Bitcoin took a tumble.

In a top-down approach to market analysis, investors need to compare across asset classes. Below is a GoNoGo Heat Map® which highlights the trend conditions of equities, fixed income, commodities, currencies, and digital assets. The dollar index sees its "NoGo" trend persist and strengthen.   A falling dollar is thought to be good for stock prices and commodities. This is a risk-on environment. Bullish.  Bitcoin, notably, fell out of a "Go" trend and into a "NoGo" trend this week on excessive selling. 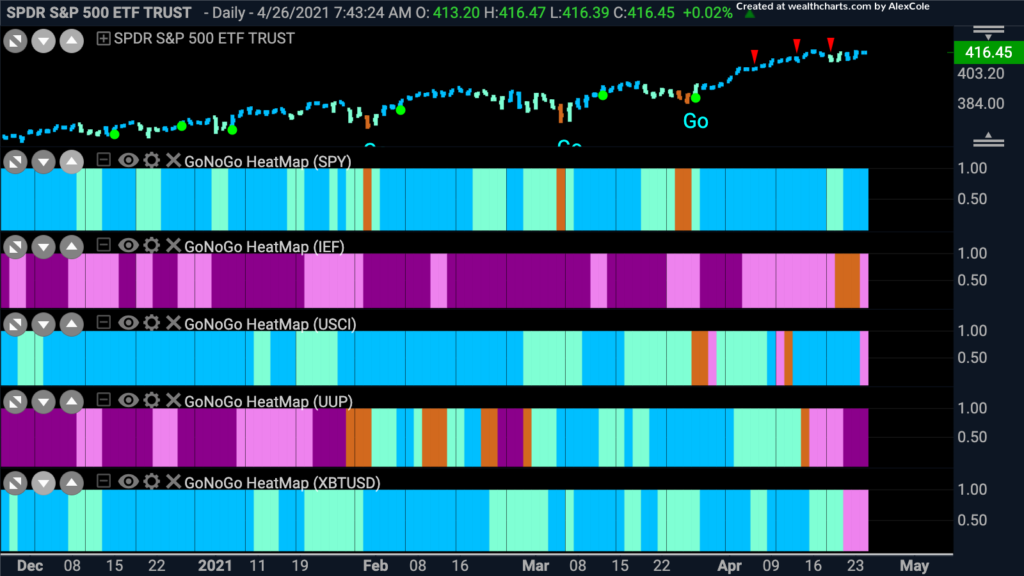 The S&P 500 was able to hold onto most of its recent gains this week.  As investors weigh the good with the bad, a look into the trend of relative strength can help us "fish where the fishes are".  Remember, the GoNoGo RelMap applies the GoNoGo Trend concept of blending foundational technical concepts to identify trend to relative ratios.

See the GoNoGo RelMap® below of the S&P sectors relative performance against the broader index: 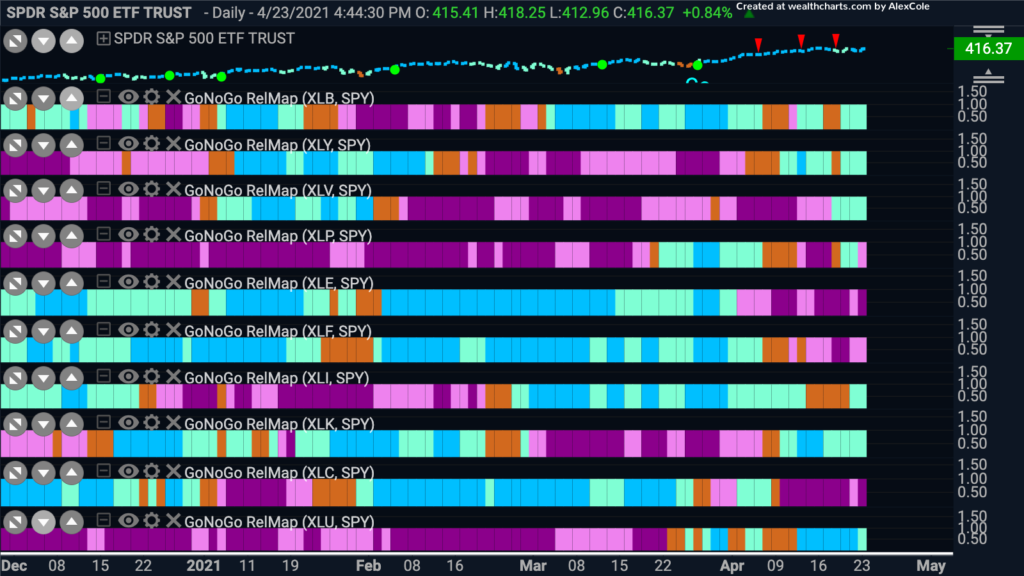 Time to Enter the Emerging Markets?

Below is the daily chart of the ratio of $EEM IShares Emerging Markets ETF to the $SPY SPDR S&P 500 ETF.  With an ever present threat of inflation, let's assess the technical environment using the GoNoGo Trend and Oscillator applied to the relative strength ratio of emerging markets to the S&P 500. 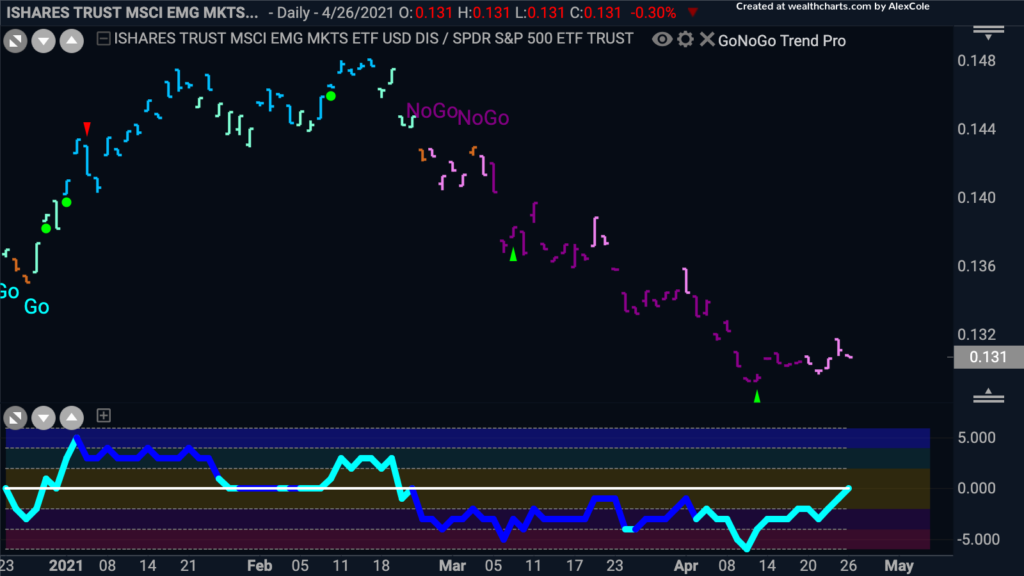 If we focus then on the chart of the $EEM, what do we see?  Below is the GoNoGo daily chart of the Emerging Markets ETF. 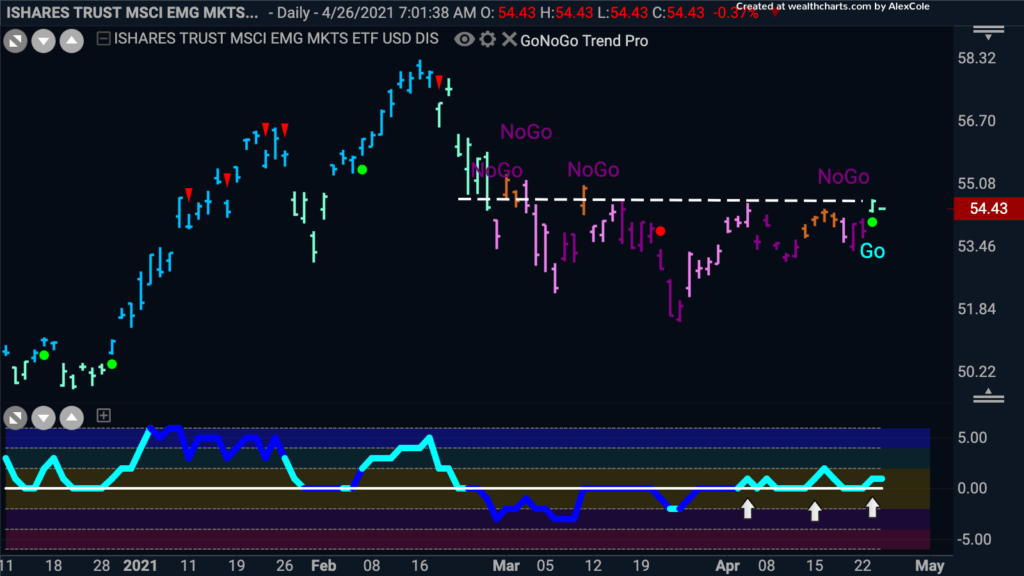 With the Dollar continuing its slide, many think that money managers should increase their exposure to commodities.  Copper has been outperforming since the summer of last year as hopes of a resurgent economy started to take shape.  Below is the GoNoGo chart on weekly prices of $CPER the copper index fund. 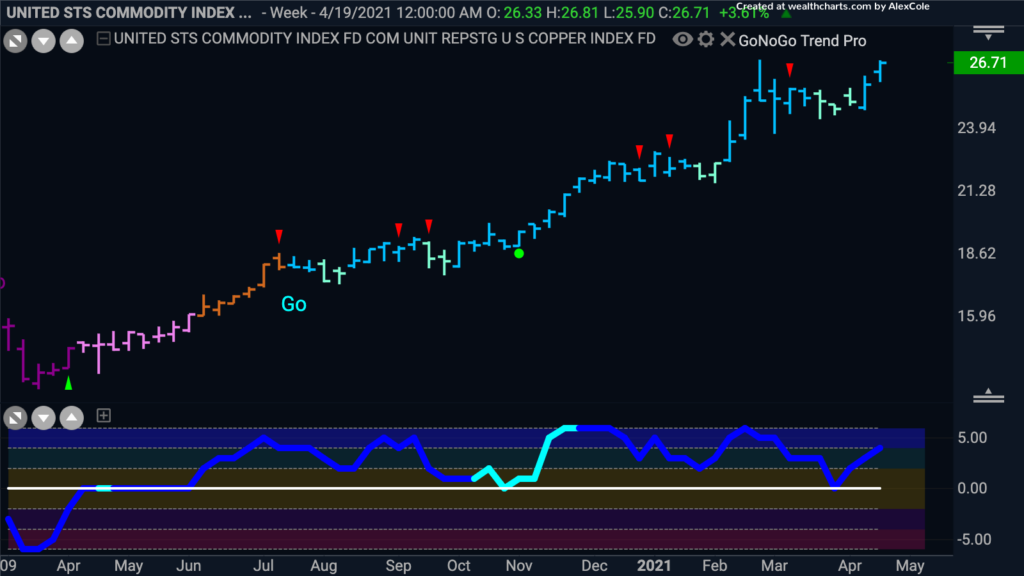 We highlighted $TRQ, Turquoise Hill Resources in the March 8th issue of Flight Path, as a materials company that was well positioned to take advantage of the copper trade.  Let's look at them again. 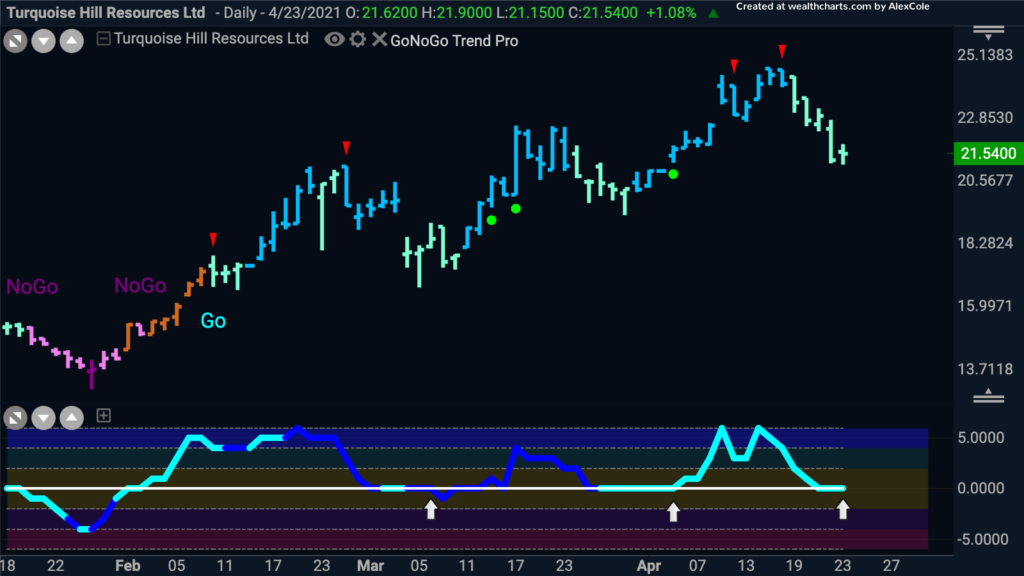 Crypto Cash Out or Re-allocate?

2 weeks ago we noted that relative to Bitcoin, Ethereum was outperforming.  With Bitcoin falling hard over the last two weeks let's see how the relative performance between the two leading cryptocurrencies played out. 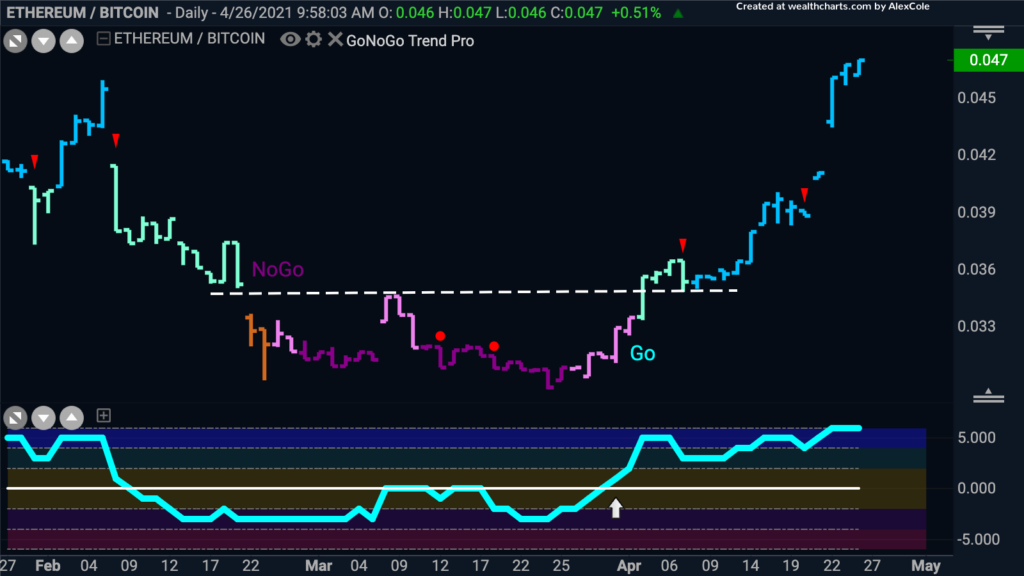 The chart below shows Etherum on its own with the GoNoGo Trend and GoNoGo Oscillator applied. 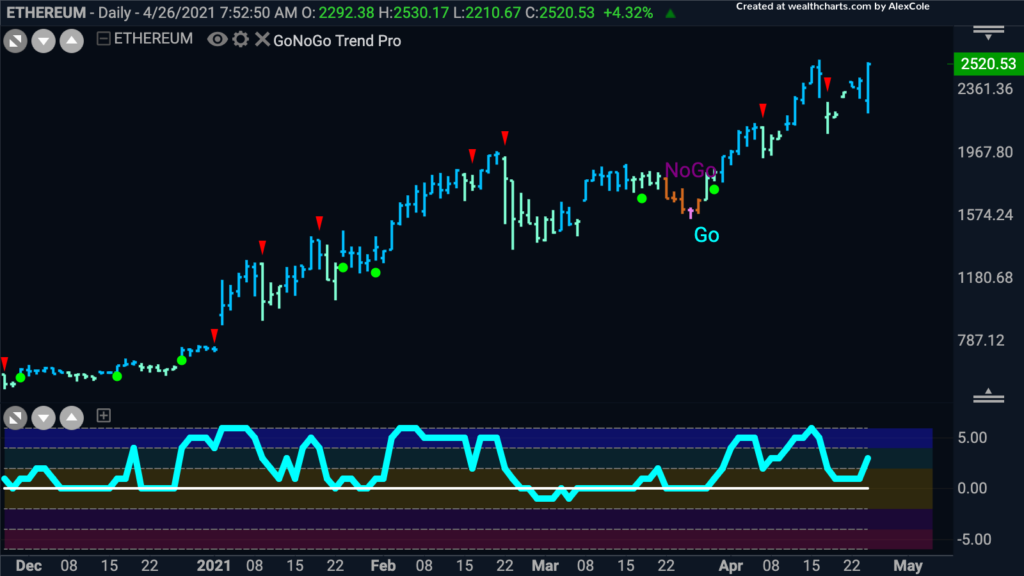 This is a strikingly different chart from that of Bitcoin itself, which has seen a greater than 25% fall from its highs and is now a few bars into a "NoGo" trend.  Will Ethereum be able to continue its outperformance?  Is it likely to correct, following the path of its bigger crypto counterpart or is this a sign that Bitcoin's correction itself is a buying opportunity?